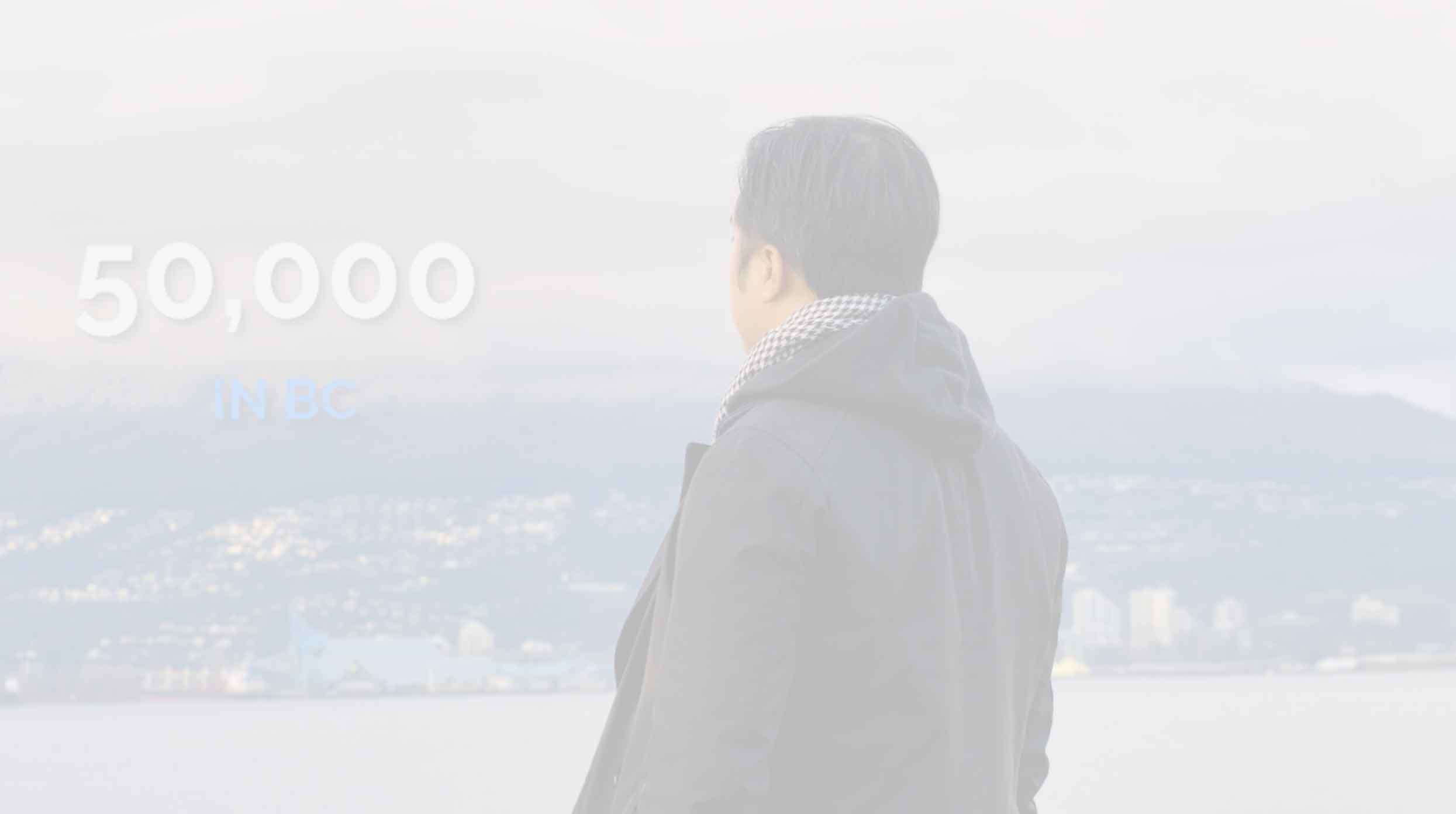 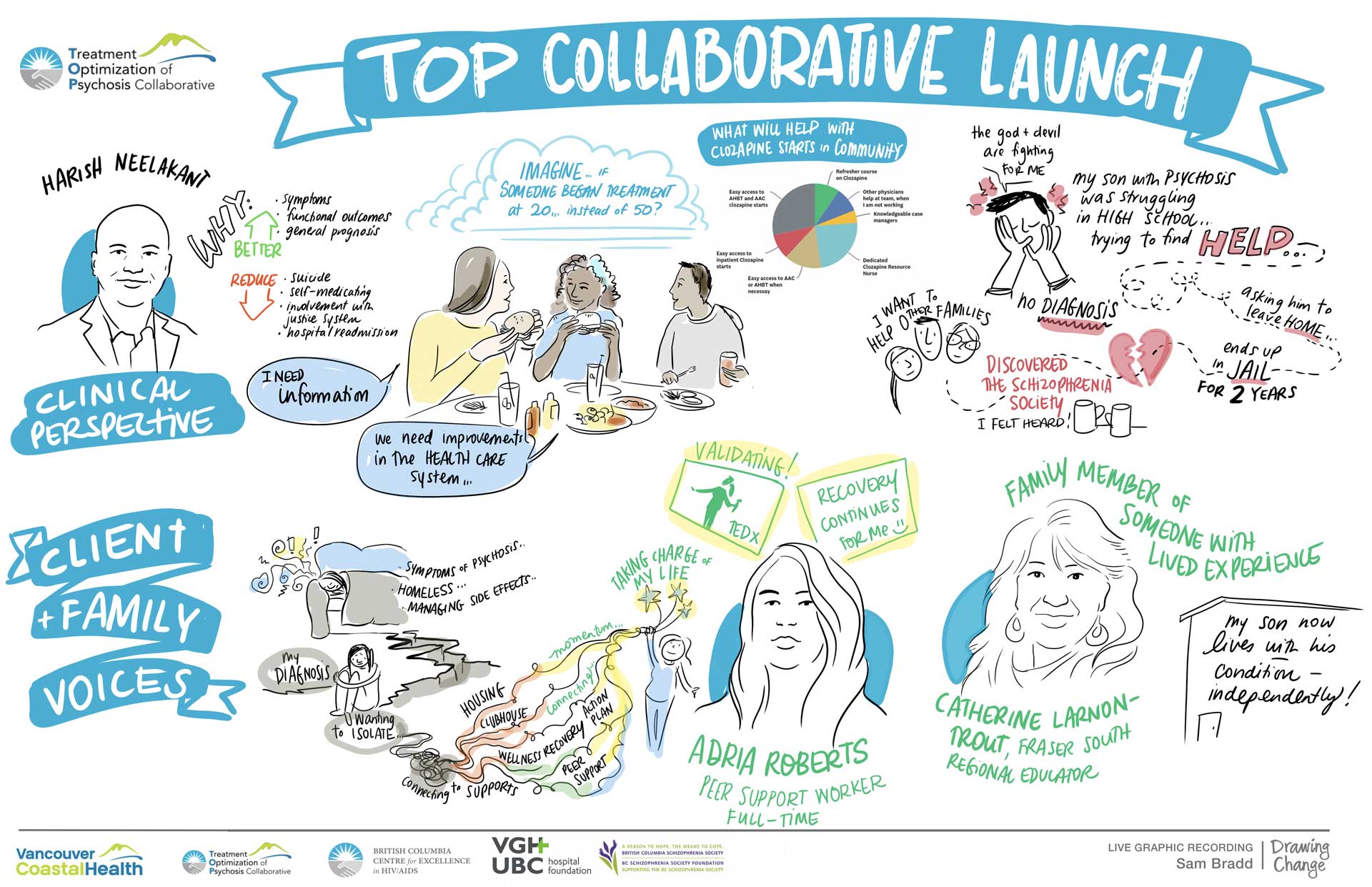 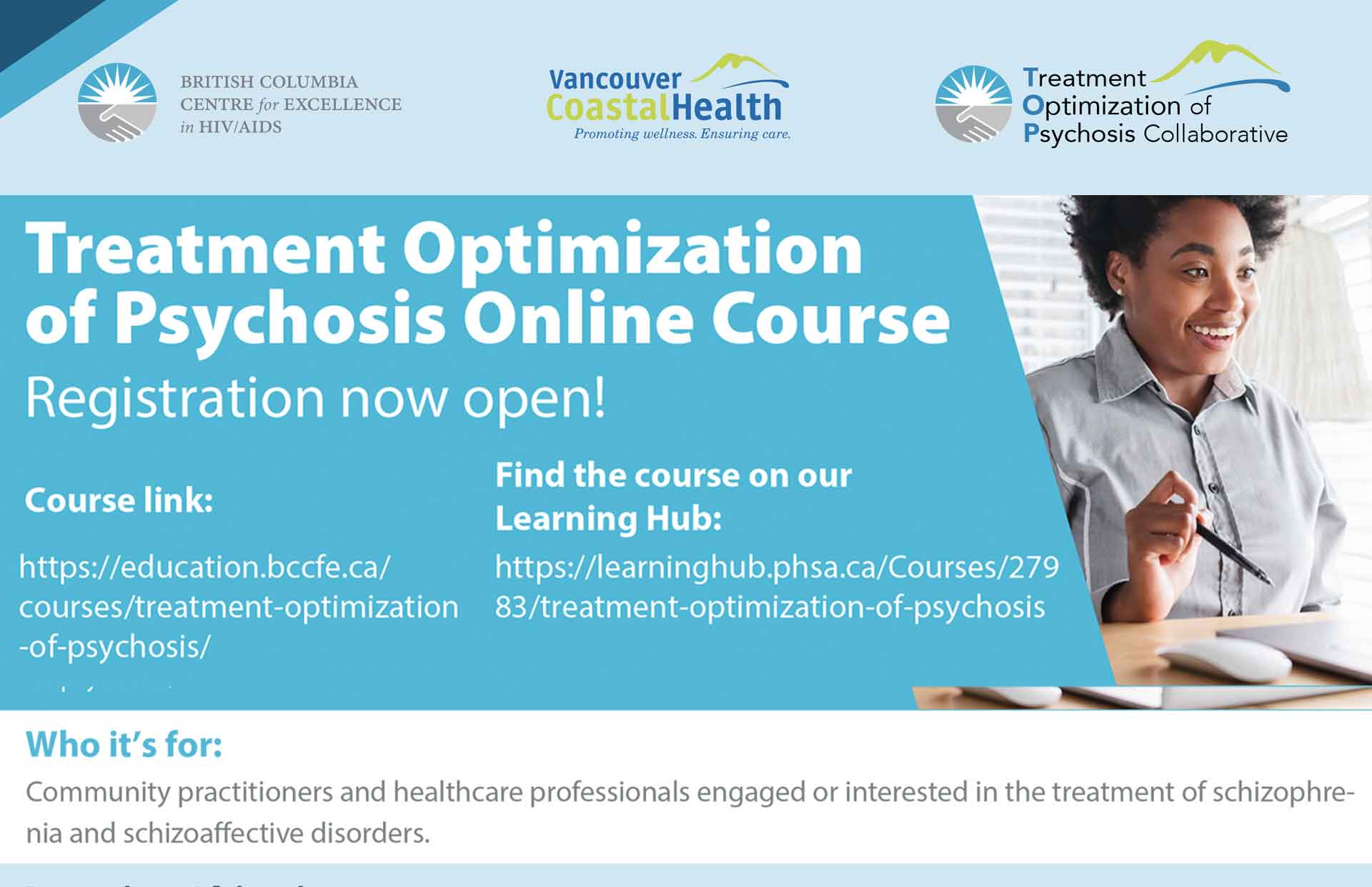 Register for the Course 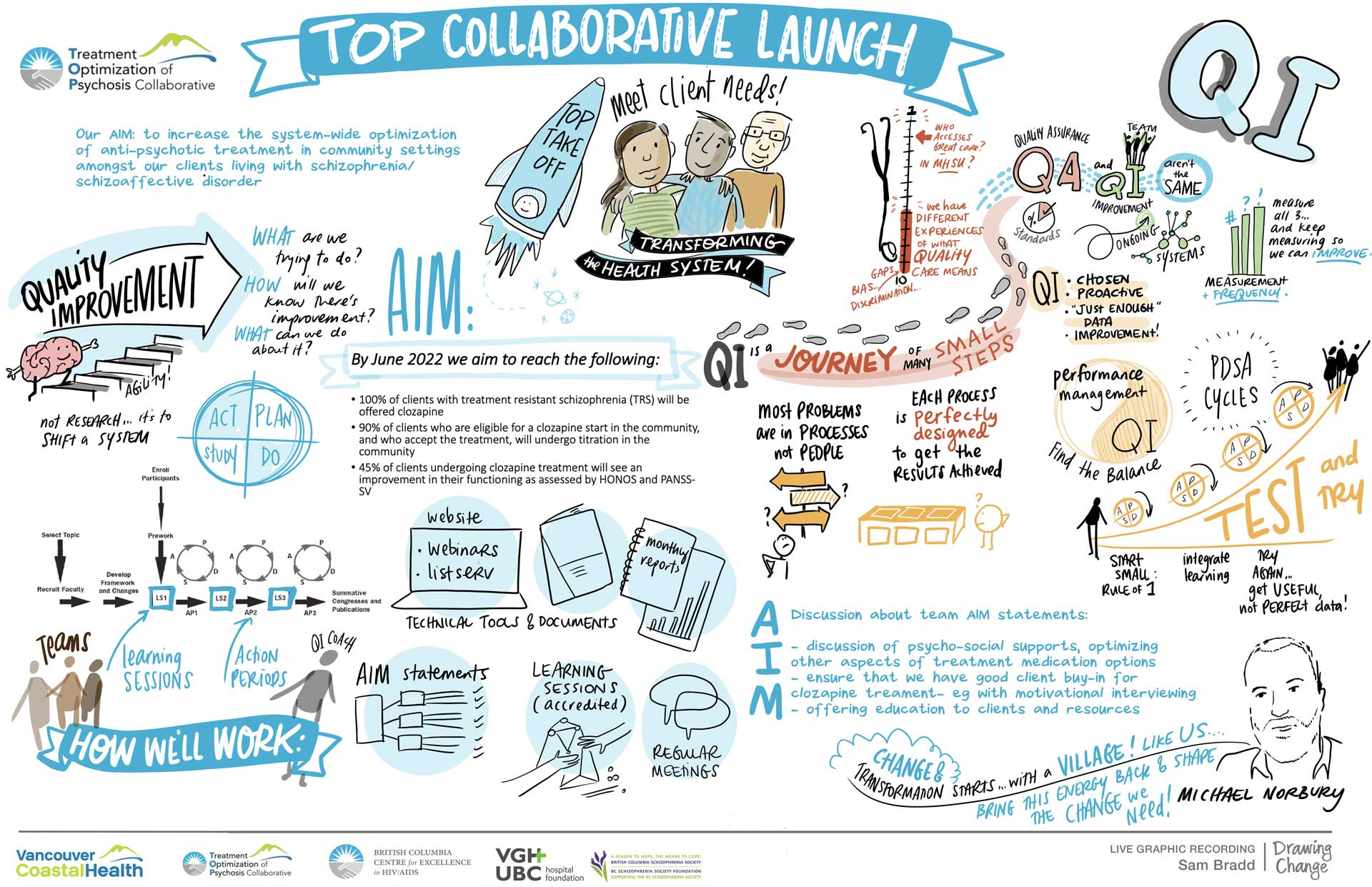 The TOP Collaborative is a quality improvement (QI) initiative led by the BC Centre for Excellence in HIV/AIDS (BC-CfE) in partnership with Vancouver Coastal Health (VCH) Mental Health Services.

Rooted in the experiences and accomplishments of the Treatment as Prevention Strategy (TasP), the BC-CfE has demonstrated capacity for quality improvement (QI) and created a legacy of health system improvement in BC through programs such as the Seek and Treat for Optimal Prevention (STOP) HIV/AIDS Program and the BOOST Collaborative.

Through strong partnerships with VCH in delivering these programs, clients in Vancouver and beyond, have experienced positive change both in the care delivery they receive and in their health outcomes.

The TOP Collaborative will follow the same approach utilizing the Institute for Healthcare Improvement Breakthrough Series Collaborative methodology to support the implementation of the Treatment Optimization of Psychosis (TOP) by shifting initiation from hospital to community settings and by building capacity at each participating community mental health team in the Vancouver Coastal region.

The approach is organized by a series of milestone events and deliverables (see timeline) with monthly reporting on metrics (both quantitative and qualitative). Measurement reporting will be reviewed and analyzed by the Project Team and Collaborative Faculty. Learnings from changes developed during the collaborative will be spread and expanded from participating team members to their colleagues at each site.

In Vancouver Coastal Health (VCH), psychosis is the number one cause of readmission to acute psychiatry within 30 days of discharge. Treatment of psychosis in community settings is suboptimal, lacking standardized evidence-based approaches to monitoring adherence and retention in treatment with only limited use of slow-release, long-acting antipsychotic medications and clozapine in treatment resistant schizophrenia.

It is estimated that 25-30% of patients with schizophrenia / schizoaffective disorder meet criteria for what is called Treatment Refractory Schizophrenia (TRS); and of those, 30-60% respond to clozapine, an antipsychotic medication that has shown clinical efficacy for the treatment of schizophrenia in people for whom other antipsychotic medications have not been effective. However, this medication is severely underutilized. For example, clozapine usage in Australia and New Zealand is estimated at about 30% in TRS, but only 17% in British Columbia.

The safety profile of clozapine is well known—the Lancet published article from Finland by Tihonen J et al 2009 demonstrated that its use was associated with the lowest mortality risk of all major antipsychotics, and highest QALYs (Quality of Adjusted Life Years) out of all antipsychotics as published by NICE (National Institute of Clinical Excellence, UK) Schizophrenia Guidelines. There are some well recognized challenges when titrating up the dose of clozapine initially, such as the need for close monitoring for agranulocytosis and myocarditis, and differentiating them from benign tachycardia, pyrexia and postural hypotension. This has led to previous recommendations of hospital admission when initiating clozapine; however, clozapine titration has gradually and safely moved back into community since the late 1990’s (in Australia, New Zealand and the UK) through minimising serious adverse reactions by close monitoring and supporting patients in the community. In VCH, clozapine is still mostly initiated in acute care settings (e.g. hospital) or subacute care settings (e.g. facilities such as Venture), which delays treatment initiation of clozapine. This results in delayed recovery, years of lost functioning, poor quality of life, revolving door admissions as well as high costs.

Treatment optimization of psychosis has the potential to improve the health of individuals, improve quality of life, reduce risk to self and others, reduce homelessness, reduce substance use in an attempt to self-medicate, decrease encounters with the legal system, and decrease acute health care utilization. Research has shown that clozapine, for instance, is associated with 18.6 fewer inpatients days per year per patient treated. 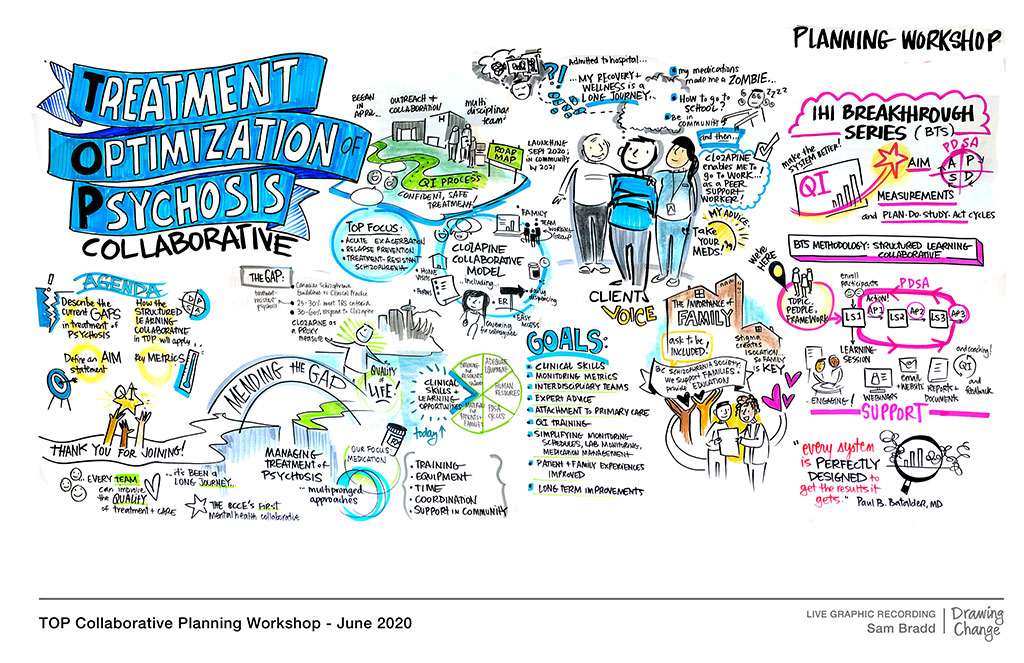 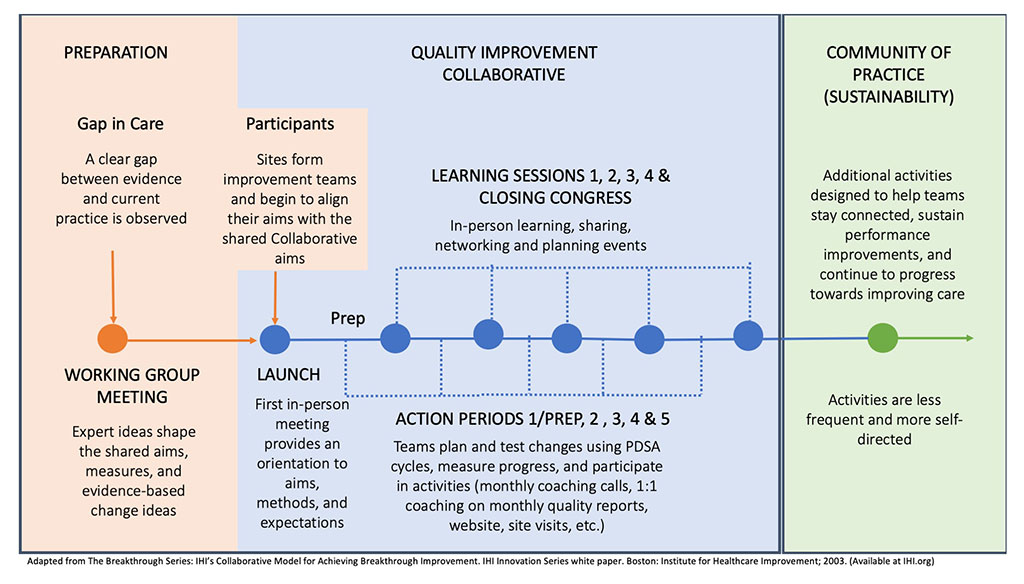 For more information on the TOP Initiative, please contact us at: topcollaborative@bccfe.ca.

The TOP Collaborative is supported by: